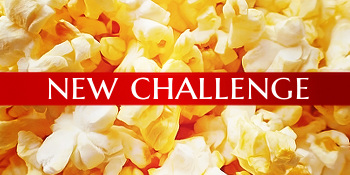 Challenge 164: A-Z Character Edition
This Week we focus on Characters.
You can pick any letter you want and have to go on from this with 5 different Icons of 5 different Characters.

You don't have to start with A of course, you can pick every letter you want, but the following Characters you Icon must be from the following Letters.

I hope. you get the clue. Something unclear? Feel free to speak up in the comments.

- Submissions must include which movies/films you wish to portray
- Use your own caps
- Tag your entries with the challenge # and your maker tag (ask for a tag if one hasn't been created for you)
- Submit up to 5 icons per challenge
- Icons must 100x100 and less than 40k
- Animation is not allowed.
- Icons must be in .png or .jpg
- Icons should be original (new and not previously posted) and made by you for the challenge.
- Don't forget to have fun!


yes, I know there are six icons, but by the time I realized that I had missed the letter Q, I couldn't decide which of the girls to cut, so you get a bonus Shuri ;) Sid, you don't have to include her in the voting.

This is your Last Reminder for Challenge 164: A-Z Character Edition

Thanks so much for entering :)

34 wonderful Icons in the Voting:

Feel free to use this form when voting:

Thanks for the lovely Icons and congrats everyone. ♥

This is your Firt Reminder for Challenge 164: A-Z Character Edition